I'm now a published author! Hey, no big deal; I published them myself with the help of Amazon.com's Create Space. However, I'm too cheap (and too poor) to pay for an extensive marketing campaign. So here is some information about my books. 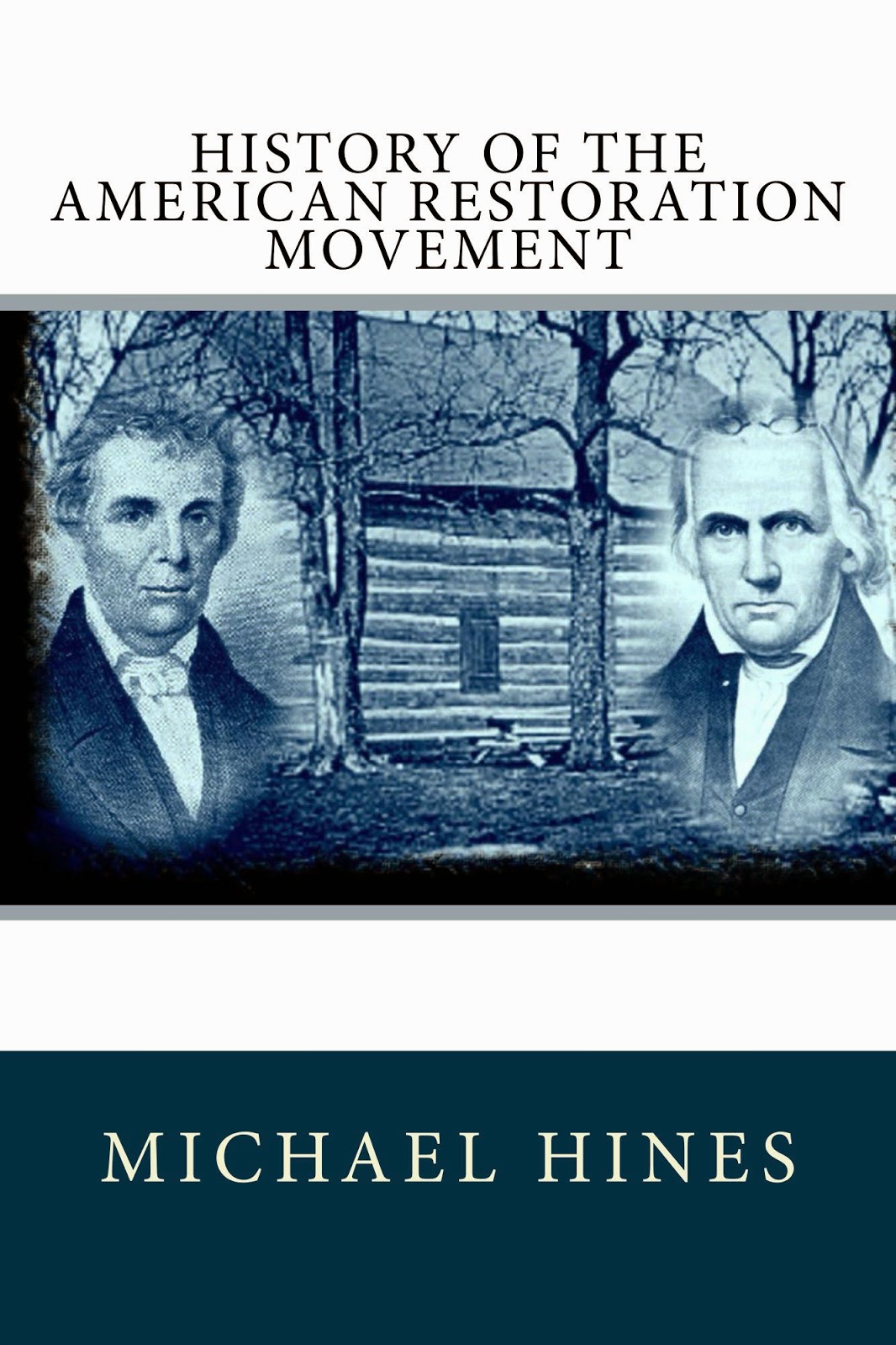 This book is my "magnum opus" as it presents my version of Restoration History. I spent most of my academic life teaching this subject. I wrote the first draft while on staff at Canton's First Christian Church in Ohio. It was a book of just over 100 pages then. This completed book is over 400 pages and brings the history of the movement, particularly the Christian Churches and Churches of Christ, to 2014. It is available from Amazon.com right now for $14.28. It usually sells for $16.95 or more. I never expected to retire on my royalties...and I'm not! The neat thing about this book is that I plan to periodically update it (correct typos and other editing corrections and update material) on a regular basis. Those who buy the book and email me at professormike1943@gmail.com can receive free updates when they come out. The updates will come in PDF format you can read on your computer or transfer to a Kindle. 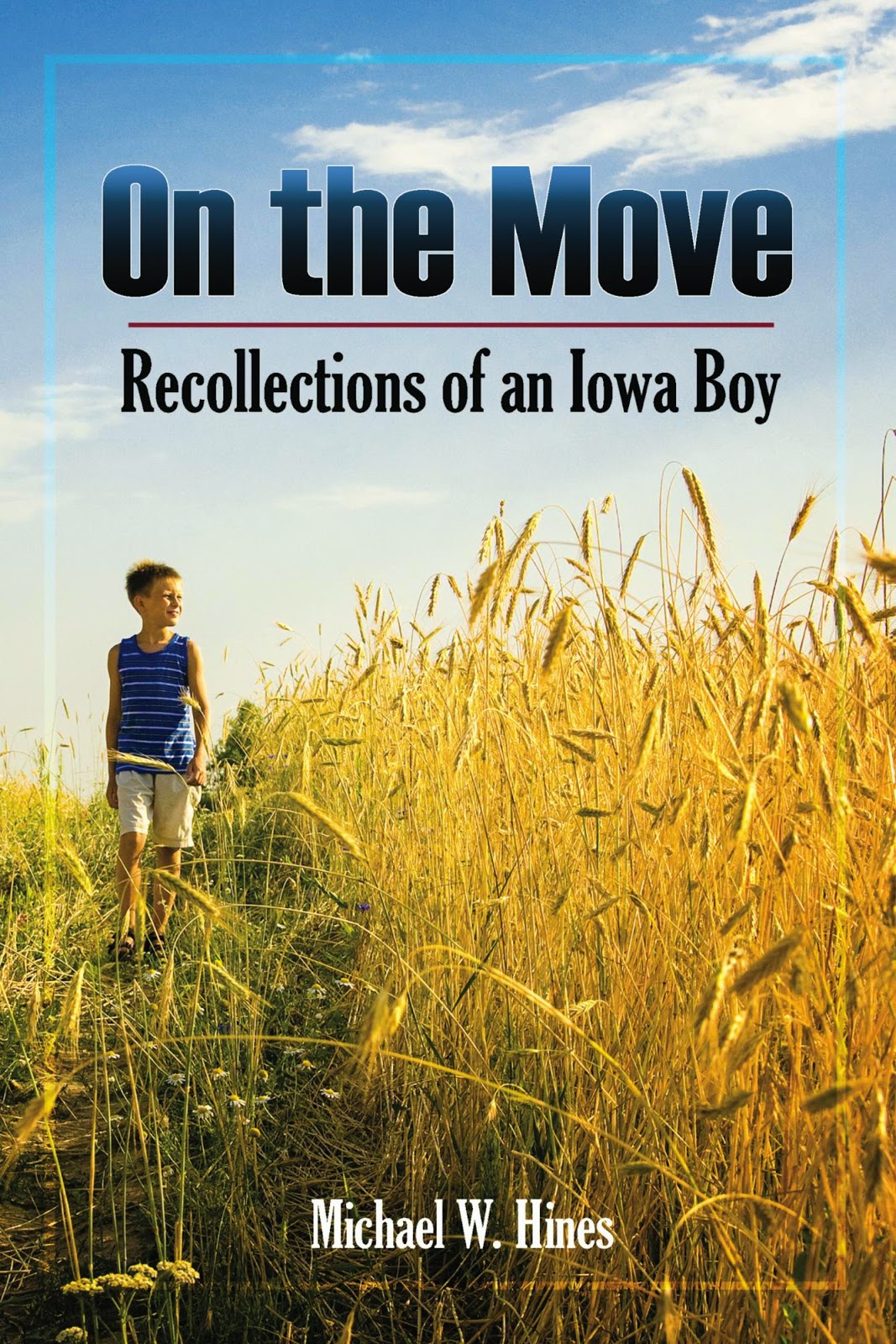 My ex-daughter-in-law thought it would be a good idea to write my life story for my grandchildren. This was before she and my son divorced but I thought it was a good idea. I started it several times then finally after retiring I finished it. It takes the reader on a journey with me through all the places I lived as I grew up in Iowa and the places where Delores and I served in ministry. It's got the good, the bad, and the ugly. Amazon is selling it for $15.86. It contains oh, so many memories. As I wrote the book my memories just tumbled out. The chapters are chronological but I can't guarantee that my recollections are. 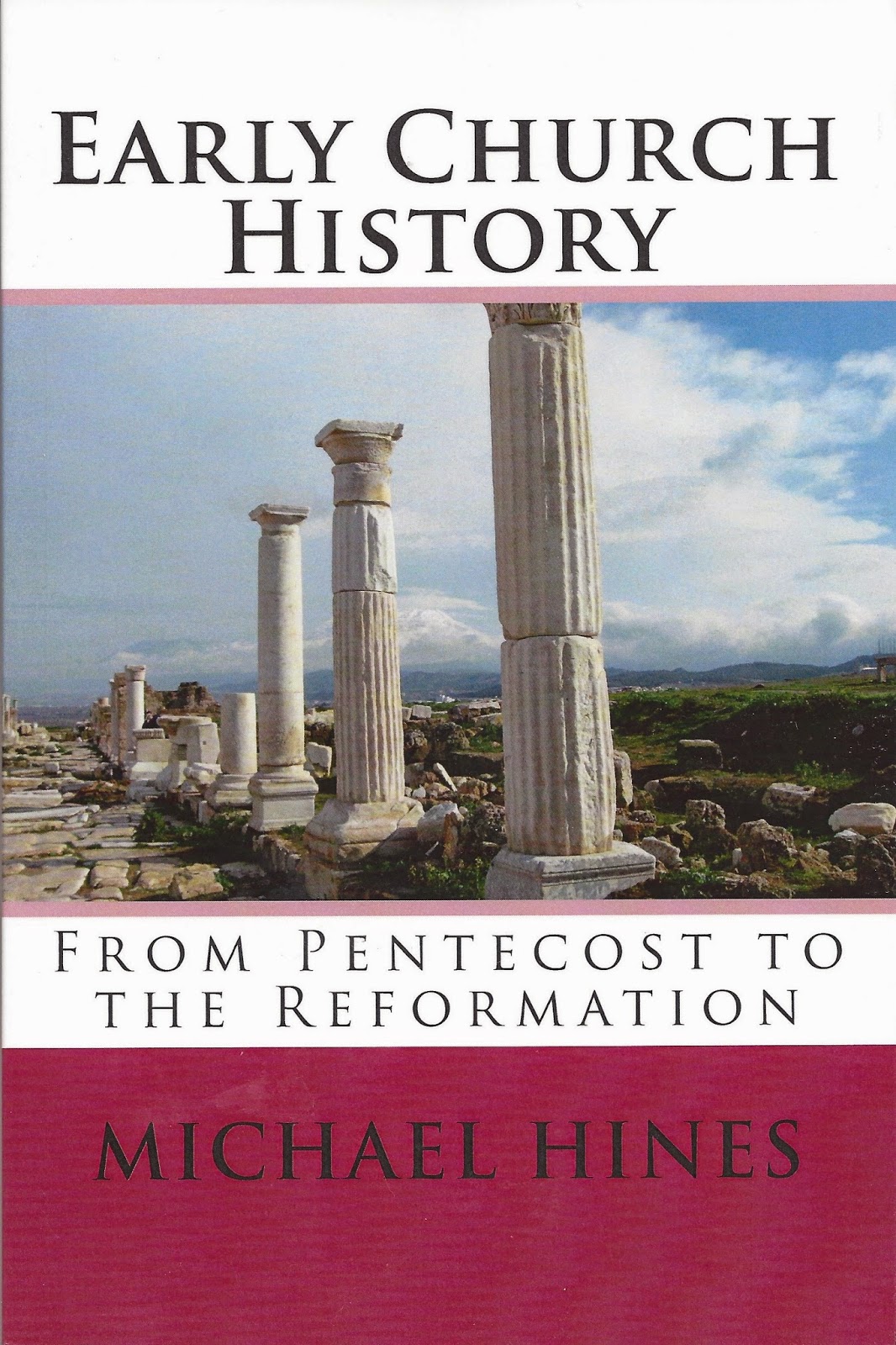 This is a rewrite of a concise early church history I wrote for Moriah School of Ministry in Australia. It encompasses the first 16 centuries of church history in 108 pages. The book is indexed--all my histories are indexed--and available on Amazon.com for $9.95. By the way, I took the cover photo in the ruins of Laodicea when Delores and I visited Turkey in 2010. There are other illustrations throughout the book.

In addition to these, Delores and her sister, Janice, edited nearly 100 of their mother's "down home" poetry. 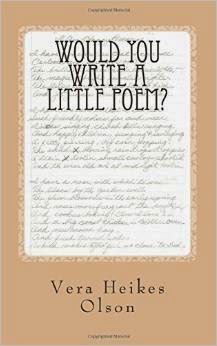 Lot's of little insights into what it was like in Northeast Nebraska prior to 1970. The ladies are selling this book for $8.50. Vera's style is pretty homespun but her poetry marks special occasions, comments on church life, and reveals what it was like in the days the Olson sisters were growing up.

I also have a book of questions and answers. Surfers to the Canton church's website asked questions through the website. I responded. This little book is a selection of those questions. It too is available through Amazon.com.

I'm also working on Later Church History which will bring my history of the church to the present. I tried to keep it concise but it's been so much fun writing it I'm afraid it is getting a little long.

Don't know if any of you who read my blog are interested in these works, but they are "out there" and hoping to be used.

If I don't tell you again before the end of 2014 please have a Merry Christmas and a Joyous New Year.

Posted by Michael Hines at 1:41 PM No comments:

Good friends asked me about my take on Ferguson, Missouri, while eating Sunday lunch at Fuddrucker's last Sunday. I intended to write something about it last week but just didn't.

It is always a tragedy when a family loses a child. Loss of a child means more than losing a child in some violent fashion. It is sad when a family loses a child because of disease or accident, too. It is just as tragic when a child is lost due to their rejection of the family and its values. The Prodigal's father understood loss even though his son was not physically dead. For that reason I feel badly for the Brown family in the loss of their son Michael in the tragic shooting last summer.

Having said that, I cannot feel much sympathy for the young man. He is certainly not a victim. He is instead a victimizer. As much as his death hurts his family it did not have to happen. My read on the events and the subsequent Grand Jury refusal to indict Darren Wilson is simple. Michael Brown was an arrest waiting to happen--an arrest he apparently resisted through a physical attack on the officer. Like so many who violently resist arrest he paid the price for it.

To those who say Darren Wilson's actions were excessive because Michael Brown was unarmed, I want to make something abundantly clear. Michael Brown was not "unarmed." True, he did not have a firearm or, to my knowledge, a knife or club but he was armed and fully able to do bodily harm or kill the officer. Michael Brown was a young strong man fully capable of killing without any weapon external to himself. The man was over 6' tall and weighed at least 290 pounds. In addition he was stoned on marijuana, a fact that undoubtedly accounted for his irrational attack on the policeman. If you don't think a 6', 290 pound man can do bodily harm--even kill--another human being all you need to do is remember he was as big and as strong as an NFL lineman.

Huge people intimidate and threaten others. For many years I was 6' 2" tall and weighed in excess of 300 pounds. While my weight was spread over my body it wasn't muscle. In spite of that fact, I could intimidate smaller men. There were several times I got in the face of abusers and threatened bodily harm if they beat their wives again. Those guys took me seriously! My friend Mike Smith is 6'6" (or more) and weighs 300 pounds. Although Mike is a gentle giant he has the ability to intimidate by his very presence. Sheer size is intimidating and if the large person is aggressive or violent and out of control because of drugs there is good reason to fear one's life.

What really galls me, though, is the way the whole incident was handled and reported. In our nation there is always a presumption of innocence. That presumption exists even when there is the appearance of guilt. That goes both ways, too! The fact is, however, the police have a right to stop a possible offender and arrest them if necessary. Guilt on innocence is brought out later in a trial and a trial almost always occurs unless there is evidence to suggest an indictment is not needed.

We all know there are occasions when we think our Justice System gets it wrong! I'm thinking of the O.J. Simpson trial. Simpson was indicted, stood trial, and was declared innocent. At this point it does not matter whether or not he killed Nicole Brown Simpson. The court said he was innocent. It no longer matters whether or not Michael Brown was unnecessarily killed. The Grand Jury said there was insufficient evidence to bring an indictment. That's the way it is!

Before you go, consider these facts in the case:

Posted by Michael Hines at 2:59 PM No comments:

On Playing Football and Injuries

I saw it online this morning: a former high school quarterback from Illinois is suing the Illinois High School Athletic Association because of concussions he sustained 15 years ago. This action takes such lawsuits to a new "low" adding to suits against the National Football League and college sports.

Football is a rough and violent sport. I played four years in high school and two years in junior college. (I would have played more except I went to junior high where there were no programs.) I've seen players get injured during games. In fact, my football career ended when I sustained a shoulder injury and the doctors suggested I quit. There were no sports medicine doctors in Norfolk, Nebraska so I never knew if my injury could be fixed. It still aches on occasion but I still regret not taking the scholarship at Northwestern College of Iowa.

But here's my point! Those who choose to play the game know it is a violent game! They know in advance they could get injured. That's just part of the game! Most players don't have serious injuries but there are lots of bruises, cuts, and sprains that go with the game. We lost two tackles to ACL injuries my senior year in high school. One JC player had a concussion on the kickoff of the first game of my first year in JC. If you know the game is violent and you are unwilling to take the risks associated with the game don't play! Don't blame everyone else for your own decisions.

Now, having said that let me add that it is proper for equipment manufacturers to provide the best and safest equipment possible. It is right for leagues and organizations to adapt rules to enhance player safety. Research is ongoing and football has come a long way from the leather helmets of yesteryear to the highly technically developed helmets of today. My freshman year in high school was the first year bars and facemasks were required on helmets--that was 1957. My freshman year in junior college was the first year for mouth guards and the JC players painted latex rubber on dental impressions to make our own. When I coached junior league ball in Grand Junction we made certain the league purchased the safest helmets available for our fifth and sixth grade players.

It is horrible when a player sustains an injury that leaves him paralyzed or crippled. That's for certain. But he chose to play the game! No one forced him. And once a player reaches the NFL--and few do--they are making so much money it is insane.

In our litigious society we hold organizations and individuals responsible for things no one knew was harmful. Why did this former high school quarterback wait 15 years to file suit? No one knew how serious concussions were in 1990. It has only been the last 10 years or so that such injuries have received much attention. There are always lawyers who will "chase ambulances" or look for opportunities to sue. All that does is remove the consequences of individual choices and make the rest of society pay the price.

I know this is simplistic, but when and where does individual responsibility enter the picture?
Posted by Michael Hines at 7:09 AM No comments: