Complain or Do Something! 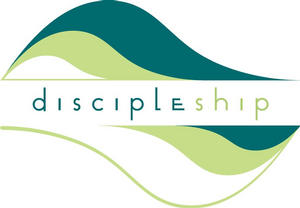 For the past five or six years--maybe longer--I spent a lot of time complaining about what I identified as the "Platte River Syndrome" in our mega-churches. I even wrote an article for The Christian Standard by that name. The gist of the article was that although our mega-churches were successfully reaching thousands, they were doing little to disciple them. Thus, like Nebraska's Platte River they were often "a mile wide and an inch deep."

This past year, I wrote a second article for The Christian Standard but Editor Mark Taylor rejected it. He had some legitimate criticisms about the article as well as some I thought weren't quite so accurate. The second article's thesis was that although it is difficult for mega-churches to successfully disciple the hundreds, perhaps thousands, of new converts each year they could assure a continuity of sound doctrine through leadership training. While it was not his only criticism, Mark pointed out that leadership in smaller congregations did not always understand biblical doctrine either. He did not see that my suggestions were the best way to accomplish doctrinal and biblical soundness. I disagree not because my methods were the best, but because they were something congregations could actually do.

In our American churches, we often trust the "democratic process" to select good leaders for the local church. Therefore, we often select men with some of the biblical qualities Paul describes in his pastoral epistles along with good business sense. Because the congregation "votes" on these men leadership selection often becomes a popularity contest. In spite of the potential dangers, Earl Heald, one of my mentors over the years, used to teach that "election" was the appropriate method of leadership selection because he understood the"laying on of hands" to be "a show of hands."

There is probably no "foolproof" way of selecting leaders in the local church. Elections can become popularity contests. Evangelist appointments can "pack the group" with those loyal to the evangelist. Self-perpetuating "boards"can become collections of "good ol' boys who won't rock the boat." Most of us, therefore, have decided to get by the best we can and hope for the best.

I think there is another way. (1) Take the biblical leadership qualities Paul describes seriously. (2) Provide biblical, theological, and practical training for potential leaders. (3) Evaluate leaders carefully on a regular basis holding them accountable to biblical precepts. (4) Create an atmosphere of mutual accountability and discipline among the leadership itself.

Something I'm seeing in at least some of our mega-churches is that they take the biblical qualities for leadership seriously. They avoid votes and appoint those who demonstrate servant spirits, take the function of leadership seriously, and are willing to grow spiritually.

There is more that can be done! While many within our mega-churches will not immediately take advantage of practical and "academic" spiritual growth opportunities, some will! As they study and grow they create a leadership core that can hold a congregation together and do more to assure sound doctrine. Leaders of Bible classes, Bible studies, small groups, and those who "desire to become an elder" are all targets for such training and study. Now I have an opportunity to do more than stand on the outside and complain. God is giving me an opportunity to put my "money where my mouth is."

I'm under no illusion! You don't turn ships of the line as tightly as a speedboat. You don't accomplish discipleship overnight either. I learned in my years in the classroom that many students can take your classes but only a few really make their mark in Kingdom work. I've always been grateful for the ONE student who profits from what I had to teach them and went out into the field and reaped a harvest. Over the years the few I helped train are influencing a whole new generation of young men and women who in turn will influence others. That's the kind of legacy I want to leave. I also know than on this side of heaven I'll never know exactly how many profited from my meager influence ... but God does and that's what's important!
Posted by Michael Hines at 1:26 PM 1 comment: